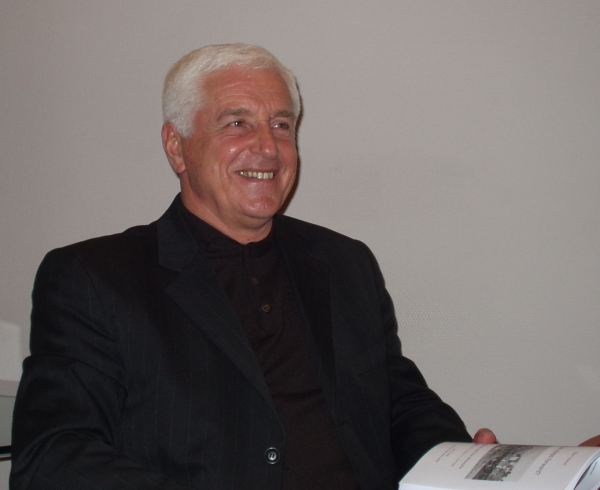 A village in the neighbourhood of Korça in Southern Albania

In 1993, shortly after the collapse of the Hoxha-regime and a few years before the pyramid-scandals, a young Norwegian social-anthropologist - Tobias Svenningsen - went to Albania. He stayed there for 8 months and made many useful observations of daily village-life. He had taken inspiration from another Norwegian anthropologist, Berit Backer, who unfortunately was killed by a sick refugee from Kosóva before the departure of Tobias S.

Some sociologists, anthropologists, journalists etc. have visited Albania or Kosóva in the second half of the 19th century and the first part of the 20th - and again in recent years - and have made interesting observations [Note]. Some of them have visited the Northern of Albania, possibly because this area is the most inaccessible and in some aspects the most exciting part of Albania since some of the old traditions - as the gjakkmarrja - still are uphold to some extent [cf.: »Gjakmarrja. Albanian Highlander's »Blood Feud« as Social Obligation«].

Tobias S. chose otherwise; he decided to go South-East to the Korça region - and even to study the Albanian language before he appeared in the area. Some of the Albanian contact-persons found a suitable family in Progër to host him. All Albanians are very hospitable - and many families would have welcomed the guest, but since the field-study would last for many months a family with a young son - at the age of Tobias S. and with a lot of spare time - was chosen. Secondly, it was agreed that Tobias S. should pay for his stay.

The area in the Korça-region is not lowland and as easy to pass through as the areas near the Adriatic, but it is very near to modern Greece and not as remote as the Northern regions.

Tobias S. did not make any sort of a »stiff study« or a study too much influenced by »theoretical ideas«, and he did not make formal interviews either; instead he made a down-to-earth-study, observed what was happening - and made a lot of ordinary conversations with the hosts, with people in the streets and in the bars and with people he helped to install satellite dishes. Everyday he made notes in his notebook.

Maybe some reader would find there is no (or not much) theory in the book at all, but that would be wrong. The theory is highly visible in the structure and the perspective. To get the best understanding of village-life, this procedure seems to have been the most appropriate and the one which would give valuable information. Nevertheless, specialists would appreciate a paper some time, mayby on the internet, about the theoretical considerations.

One of the most striking observations was that everyone - of the parent-generation - preferred their sons (and daughters) to leave countryside and to get a job in one of the cities. Most parents thought life as a farmer was too exhausting, too out-of-date and too distant from modern city-life, and therefore they often were reluctant to goad the sons (and maybe even the daughters) into activity at the farm. One reason why the farms were too out-of-date was that most fields were too small to be exploited economically, and furthermore the fields often were sliced up as in Denmark before the great reforms in the first part of the 19th century.

If possible, many young people emigrated - mostly to Greece - to earn some money to settle there or - after some years - back in Albania. Many emigrants seeked to get a job as far away from the Albanian-Greek border as possible, to learn and speak Greek, to use Greek Christian names and to appear as Greek in any possible sense. Nevertheless, many of them were caught by the authorities and had to return home before they had planned to do so, since they did not have got valid visa and work permits.

On the other hand, it was not as easy to get a good job and a good flat in the cities, and furthermore many commodities were more expensive at the city-markets than in the village. That is, some agricultural products from abroad were highly competitive - as Danish feta - and many Albanians therefore preferred to buy such foreign products instead of Albanian products of problematic quality [Note 2].

The collapse of the Hoxha-regime might have to be seen as a major step forward, politically spoken. Nevertheless, the closing down of the collective farms had certain disadvantages - first of all, many women workers were forced to work at the family farms and therefore their daily social contacts were weakened.

Tobias S. was a little surprised of the common village-strategy, since the villagers - at least in Progër and mostly the Christian ones - did not choose to work together, to modernize and to make proper investments. The greatest hindrance maybe was not »structural«, but »ideological«. Most villagers did not want to repeat communist collectivism - with the exception of some people who were closely related to each other.

Reciprocity is a key-concept in the Albanian village (as it is in many other parts of the world), but it is most easy to handle inside family and among friends. Many villagers hoped some foreigners would invest in the village - but it did not seem realistic.

A few villagers chose a more prosperous strategy than the other villagers since they combined agricultural work - at their own fields - with other kinds of work.

Generally, the villagers chose their strategy very well knowing more adequate acting - from an ecnomical point of view - could be possible; nevertheless, their choice - at this point - was very much influenced by recent social experiences and some reluctance to untried economical and social approaches or methods.

One villager established a new bar, but he had to give up after a short while since he did not have the kind of a social network as his competitor had. Obviously he did not have the flair, nor the entrepreneurial spirit. The other fellow acted as a typical Albanian businessman, he got himself supported by family and friends, from time to time he stood a round of free drinks - and he took some other initiatives.

Things have changed in the Albanian villages. But still the most important observations are highly relevant.

All the major problems seem to have persisted, and the authorities as well as the farmers have to make a restructuring. Maybe a rapprochement to the EU will do something good, but - to my opinion - the Albanians have to change policy and strategy by themselves and to get rid of the widespread corruption. Only then, other countries and some of the international organizations will be able to support the Albanians in a future-oriented way.

2) Even when the Albanian products are good, the Albanians often choose foreign products. For example furniture, shoes and clothes from Italy. Since the Albanians do not produce cars all cars and vans have to be imported.


The author: Tobias Svenningsen [Tobias Frambe Svenningsen] [b. 13.10.1967] holds a MA in social-anthropology from the University of Bergen, Norway. He is a specialist in the Norwegian Ministry of Foreign Affairs. He has been posted to Albania, Kosovo and Bosnia, and Iceland as well.